Chefs.
Some creative, some traditional, but all perfectionists.
Made in Italy maestros wielding a kitchen stove,
stubbornly passionate about their work.
We listened to them translating culinary art into discourse,
with their dishes eloquently reflecting their words,
accompanied by a flûte of ’61 Nature, maison Berlucchi’s latest creation.
The fruit of that address was UNO CHEF UN VINO (A Chef, a Wine), a dynamic portrait of two intriguing personalities.
Come along with us and we’ll discover them together.

Our adventure with celebrity chefs continues with Claudio Sadler of Milan.

From his Trentino father he inherited rigorous precision, discipline, and love for detail; from his Mantuan mother came his passion for the good and the beautiful. Milan, the city where he has always lived, infused his cosmopolitan outlook.

Sadler is a cook, but a restaurateur as well, two completely different professions that coexist in him in utter harmony. This chef-businessman celebrated, in 2016, the 30th anniversary of his Michelin two-starred restaurant, Sadler. Here he lives, and thrives, in his true natural habitat, around him a team of 20, between front and back of the house, who work together as a seamless team, as well as a team of equal size dedicated to banquet service.

Sadler proposes an “extended” Italian cuisine, which takes careful note of the country’s social and cultural evolution and succeeds in masterfully reinterpreting the classic dishes to meet the demands of modern gourmands. This translates into appropriately-sized portions and lighter preparations, sapient touches that contemporize the great classics.

Take for example risotto in porcini water with powdered cornucopia mushrooms and gold. A simple recipe, but painstaking selection of ingredients, their near-obsessive measuring out, the pungent aromas of the cornucopia mushroom, and the visual fascination of the powdered gold together render it utterly intriguing.

The pairing with Berlucchi ’61 Nature 2009 gorgeously highlights the flavours of Sadler’s risotto. In the words of Claudio Baggini, the restaurant’s sommelier, “the earthy impression of the mushrooms blends magisterially with the “frankness’ of the non-dosage Franciacorta; the long-lingering, pin-point bubbles, on the other hand, lift the dish’s creamy texture, while the wine’s scents of fresh-baked bread and yeastiness successfully duet with the generous, luscious flavours of the dish—a heavenly marriage.”

A marriage of fine taste, then, to savour in at number 77, Via Ascanio Sforza, in Milan, on the Naviglio Pavese. 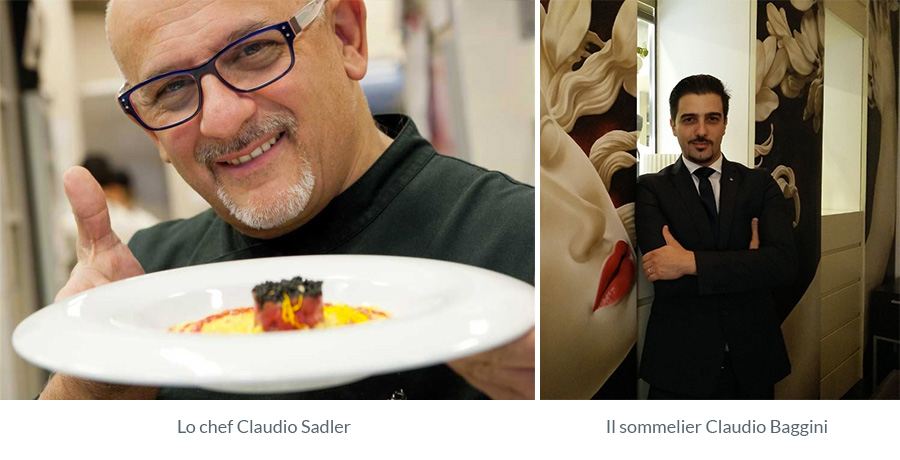