Berlucchi will proudly introduce at Vinitaly the new 2010 vintage of its ’61 Nature, the Franciacorta producer’s “most recent offspring.” 2010 was a cool growing season that yielded particularly elegant and cellar-worthy Franciacorta base wines.

Berlucchi will proudly introduce at Vinitaly the new 2010 vintage of its ’61 Nature, the Franciacorta producer’s “most recent offspring.” 2010 was a cool growing season that yielded particularly elegant and cellar-worthy Franciacorta base wines.

The cuvée of Chardonnay (80%) and Pinot Noir (20%) was made from grapes grown exclusively in estate vineyards that are now totally organically cultivated and trained for very low yields in must (3,300 bottles per hectare). This Nature benefitted additionally by over five years’ maturation in Berlucchi’s historic cellars.

In the glass, it marries together the rich fleshiness of Chardonnay with the earthy minerality of Pinot Noir; the resulting amalgam results in a Millesimato (vintage-dated) that is complex and eloquent on the nose and taut and long-lingering in the mouth, a masterpiece in the bottle of “energy-laden balance.”

This Nature is a Brut Nature, or Pas Dosé, made with no sugar syrup whatsoever in the dosage. In the words of Arturo Ziliani, Berlucchi’s General Manager and Winemaker, this style of Franciacorta is yielding increasingly fascinating results. “Climate change has actually favourably impacted the cool soils of Franciacorta, so that our grapes are ripening more satisfactorily; we can thus craft superb-quality wines without needing any dosage. I believe that the future of Franciacorta lies in non-dosage.”

In addition to providing excitement for the senses, Berlucchi will show its more social side too at Vinitaly.

The producer already has a remarkable presence on the Web, with more than 109,000 Facebook fans and over 8,000 Twitter followers, a number that is the first to be certified in the Italian wine world. At Vinitaly, Berlucchi will unveil a new digital experience: a sommelier at the producer’s stand will wear a special videocam, which will then record his own unique view of the world throughout the entire day. The winery’s social media will document this intriguing experiment. 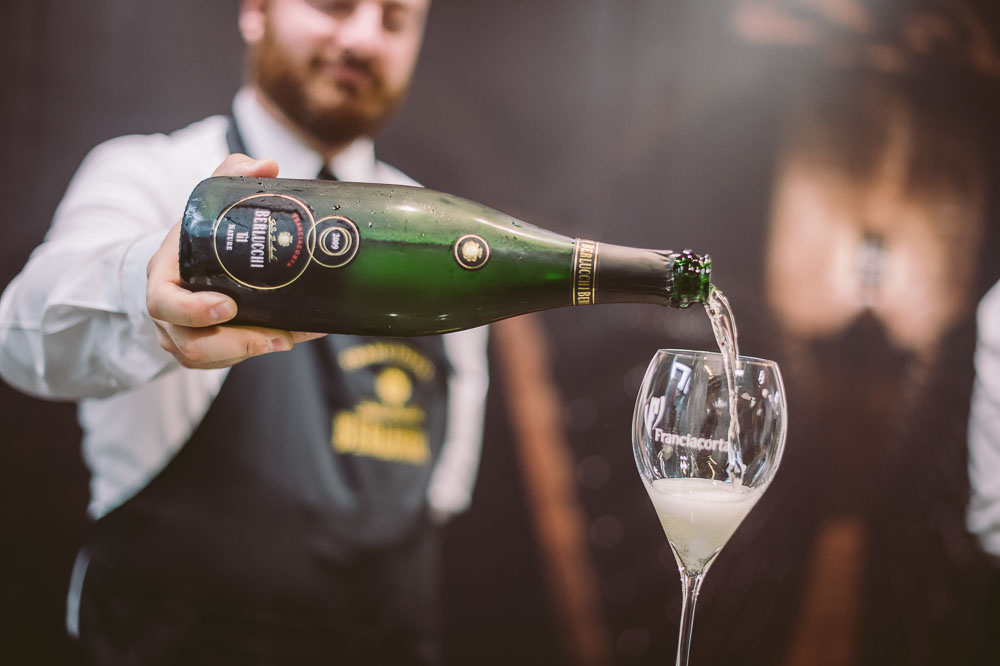